Sleepover with the grandkids 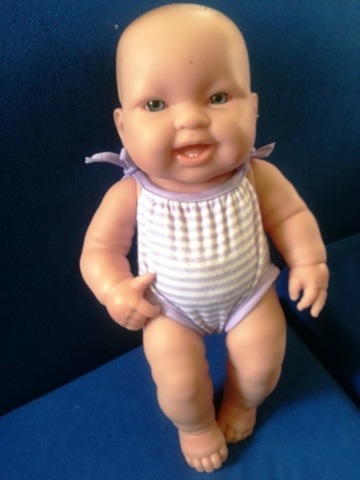 Have you ever felt so fatigued that it is hard to engage in ordinary everyday life?

Have you thought you have some type of exotic sleeping sickness or syndrome or are lacking in a vitamin essential for daily life?

Possibly I’m describing a genuine medical condition with similar symptoms and I sympathise with people who battle fatigue as a way of life and for which treatment is prescribed.

In my case, just 2 days spent with the most personable, energetic, hilarious, smart, cute and adorable human beings ever, despite the absolute joy and privilege to share time with them and engage with them, can reduce me to a zombie-like  state unknown to my normal regular life. I do recover quickly however.

While Mum has some rare time to herself, to shop, enjoy a coffee, indulge in a takeaway, I have put my hand up on occasion, to mind the kids, ages 2 to 17.

Firstly, there is a lot of farting. It comes with the package. As long as it is not me doing it because I would never live it down. They manage to keep a straight face, mostly unless they are asleep where it appears to increase in frequency. “ Who did that ?”

The sleeping arrangements are as follows : I am Nana, therefore I have the single bed and Miss P who is 8, is relegated to a rather funky, trendy, pink, blow-up mattress on the floor. Right, that’s settled. “ Oh not the mattress “ I hear. I pretend I don’t hear. Now for some fun. Miss A is middle sister. She likes to talk. A lot. With no fullstops. All day. And night.

Baby Miss dd has to be watched like a hawk as she keeps disappearing. Where is she now? I find her in the wardrobe.She likes to be held. She has always liked being held. On the occasions where I have managed to hoist her up, she clings quite comfortably like a koala baby for 1 second before I feel I need to put her down. Unfortunately this is easier said than done. I hold my arms to the side and with no hands, she tightens the grip she has on my upper torso and clings there just like a koala. Come on dd, time to get down, there’s washing to bring in, or put out, or fold into distinct piles according to who owns what. Those tiny little socks and undies, how cute.

There are books to read, Playschool to watch and a meal to prepare. Tonight it is spaghetti. My specialty – along with pumpkin pie. Mr E, who is ten, is official taster of anything and everything. He likes his food and is very sporty and athletic. “ Go and get ready for  sport E “ I ask him. One second later he is there” Yep, I’m ready”, resplendent in his sporting attire, white shorts with trendy side stripes, white sox and his much loved Converse runners he got for Christmas. Every time I see him, no matter what the weather, he seems to be in this same outfit! Very energetic. He is quick. One moment he is there, the next he’s somewhere else. Like The Flash, he can move and he can elude you. I remember once, in another house which had very steep stairs to his bedroom at the top, I went up and tucked him in up to the eyeballs just peeping above the blanket.  “ Goodnight E’, I said. I descended the stairs to the tv room and halted in amazement. There he was on the couch, blanket up to eyeballs watching the tv and me with that bemused expression I have come to know well. To this day I don’t know how he managed it. His big brother Z is quiet and unless they are punching on in the bedrooms and screaming blue murder, its a quiet brotherly relationship. Mostly it’s endless technology and video games like Mass Effect 2 and Sky Rim which occupy them.

Baby dd has presented herself in front of me holding out her little chubby finger for inspection. I put on my best grandmotherly attitude. “ What is it dd, what’s wrong with your finger?” There appears to be a blemish there, what is that? I peer closer,closer, “ is that a sore there, wait, it’s a… it’s a… oh yeeow…  ITS A DEAD FLY o yuk dd “ and I flick it off.

Baby dd stands there still holding up the finger. For the rest of the visit, whenever I would ask after the finger, up it would come under my nose for inspection. Luckily it was not the finger used in road rage incidents – not that I would know about that. dd goes off to play and returns with her favorite dolly who I named “ Creepy baby “ because it is. Like a Chuckie creepy baby!

Waiting for dinner, a quiet moment descends over us as we sit together, we 3 girls on the couch. Miss P takes on a serious demeanour. I wait.

Miss P: But you look old.

Right. They all three look at me expectantly. They know what has to be done.

In a flash which would put Mr. E to shame we all rushed without a word spoken to the bathroom. In the bathroom was my make-up bag. There followed primping and preening, clouds of face preparers and primers, YSLs famous illuminating wand ( takes ten years off instantly) loads of mascara and the only lipstick in there which would have to suffice.

There, I said. Is that better? Three solemn little faces nodded in unison. We exited the bathroom through a mist of cosmetics. I looked like the equivalent of Hugo Weaving’s portrayal of the transvestite from Priscilla Queen of the Desert.

Now where is baby dd? Oh here she is, she didnt recognise me at first. She is holding up her finger.

It’s time for dinner. Those hungry mouths to feed. Why is Mum taking so long I wonder?

Big sister Miss W wanders through as I get ready to feed baby dd.” She likes to feed herself “ she advises seriously and disappears to her teenage bedroom. OK. The bowl is placed in front of dd on the brightly coloured mat. I turn to serve up the others. When I go to check the baby, she is missing. Oh no, I’ve lost her again. Wait, there she is, still on the mat. Just covered completely from head to toe in spaghetti bolognese, like a mountain! I part the strands away and she re-appears again, holding up her finger! Clean up ensues.

Another quiet little bit of calm briefly descends once more. Apart from the sound of Mr. E crunching on blocks of ice from the fridge. He has a liking for crunching on ice-cubes! He grins at me and is gone.

Me : Yes he is but he gets called Greg, not grandpa

Miss P: MMm yes, it doesn’t suit him really, to be called grandpa.

Miss P : But it suits you. To be called nana.

By bedtime I am so exhausted I climb over fluffy toys, One direction pillows, beanie babies and assorted mixed little girl things until I happen upon the little single bed and collapse into it. Miss P is glaring at me from the bouncy pink blow up mattress on the floor. She cant sleep she repeats unhappily. Every time she moves it reminds me of a Benny Hill skit where he sat on that leather couch and it made those revolting noises like farting. Little sister Miss A is asleep in the other bed by now and peace descends…….until …”I cant sleep Nana “ resounds out through the black of night well not black, there is a night light in the hall, it shines into my eyes…all night….and I relent. I look down to where I think she is.“Oh alright get in with me but down the other end “

What followed is a blur of feet. Little feet in my face, my ears, the small of my back, up my nose and I swear, get those feet out of there P!

When dawn broke through the blinds, I opened my eyes. There was white. Just white. I felt panic. I can’t see! Why can’t I see! I’m blind.! Everythings all white! It was then I realised my face was pressed up flat against the little white bedside cupboard. While my heartrate returned to normal, I moved my head slightly and the world came back into the multi colours of little girls’ bedroom decor. Two pairs of wide awake eyes contemplated my early awakening.

One more nights sleepover to come. Could I survive? It was the mattress this time for Miss P!

It is an adventure minding the kids, that it is.

I make the journey home, to my routine, to things which must be seen to,work, chores, the cycle of life.

My dreams on those nights afterwards are full of little faces, smiles, hugs, conversations, lots of makeup! And a chubby baby finger held up in front of my face. Sweet dreams.