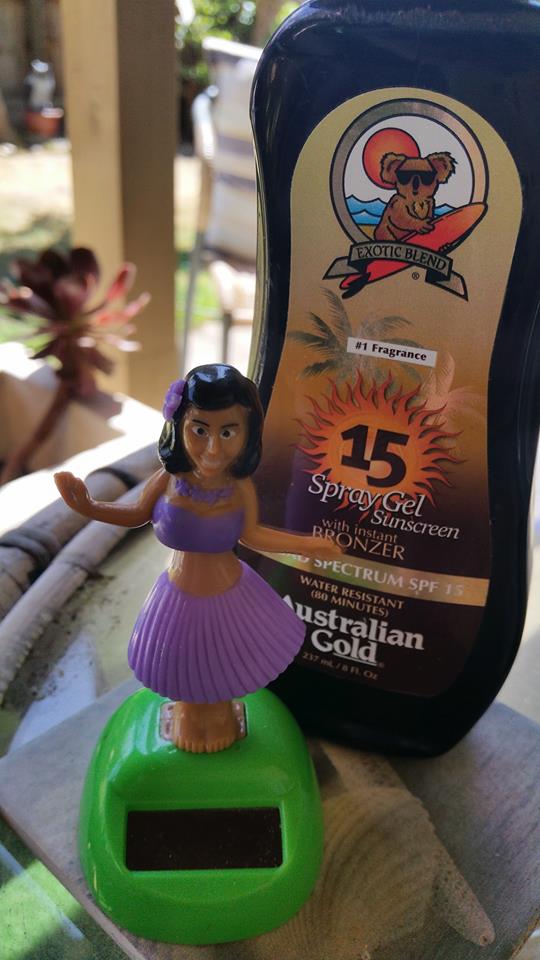 ” She packed her bag pre-flight. Zero hour 9 am. And she’s gonna be hiii-ii –igh as a kite by then ” Elton John song.

Well, she’s not high, she’s not even excited and she’s not packed! With exactly 2 weeks to go before that much anticipated return trip to Honolulu, Hawaii, USA.
The passports are ready, the flight documents have been received, the ESTA ( electronic system for travel authorization ) or as I name it ( The electronic suspect travel arrangements ), is printed, with 1 year still viable, the travel money is loaded onto the same card we used last time, only there are 2 pin numbers and we don’t yet know which one is relevant so we will take both, or as suggested, ring them up and find out which one it is!
We will be travelling light as per usual.

There is still no swimsuit to pack, but I have the bottoms! I do also have a matching top, however as it has never touched water, I do not know how it would hold up in the surf – well not the surf – not any surf – actually not any water, as I like to sit on the beach, dry – a la Marilyn Monroe! Or I would prefer to enter the water fully clothed which would create its own problems. Why I cannot find a ” tankini ” type top in this country is disturbing. I know what I want but it doesn’t exist here apparently so I will look within another foreigh country to find it! Aka America. It will surely turn up there?

So here is a little history on the Boeing 787 Dreamliner. It is the first all CARBON FIBRE AIRLINER! Yes carbon fibre, stronger and lighter than aluminium ( Greg Campbell said that) so I’ll take it as truth, with a grain of salt. It has higher cabin pressure, more humid air, closer to ground level air. All these amazing features are said to help prevent jet lag. Considering we are repeating the same journey, same airline, same aircraft, it must be true. We did not get jet lag and the added bonus for me was no painful, sometimes very painful ear popping problems,where I am holding my hands to my ears, screaming, so it must be true! The windows have an automatic tint as dusk falls upon us, no blinds to pull down. Nice touch.

Jetstar is a ” budget ” airline, chosen by us last year also for the same trip , due to the fact we wish to be flown there direct – as opposed to stopping off in Sydney or New Zealand. Not that there is anything wrong with Sydney…or NZ. Although in my Tour Guide role, Sydney would get a mention because of the distinct rivalry between it and Melbourne. For example, the bus drivers would tell everyone that the best view of Sydney is through the rear vision mirror and I would add how Sydney has the Opera House and the Harbour Bridge – but we (Melbourne ) have everything else! That type of easy banter always got a bit of a giggle – even from passengers ..ahem…who were from Sydney. I tended to forget New Zealand, those sitting down the back would remind me in no uncertain terms!

The thing about Jetstar is that everything has to be ordered. I do miss having a yummy airline meal delivered to me, that I didn’t have to cook, while I am in the midst of watching the latest movie on my pre-ordered entertainment unit, my little Jetstar blanket pillowing my head, while the person behind me throws his/her tray table against my back or digs/kicks his feet into my kidneys while the person in front decides to speedily reverse his seat into the aforementioned airline meal, thereby spilling my airline coffee all over my little tray table!

This pre-ordering can be an advantage in the seat selection process. You can, for a fee, select your preferred seating arrangements. Based on last years random seating, we have gone for the tail end of the Boeing. The reasoning behind this ? Number one : if we go down into the drink,it is usually nose first ( Greg Campbell said that) I don’t know why? At the back,there is no-one seated behind you. What is behind you is the crew, where they tend to congregate around the food and coffee pot. so they are close if you need them to get you a drink – which you will have to pay for! They also sleep there, in a little bunk bed with closed off curtains. as I observed last time. Plus, if you get sick of watching movies, you can possibly pick up on a little airline gossip around the aforementioned galley/coffee pot! You are also close to the toilets, which being a ten and a half hour flight, overnight, will be easily accessible, rather than stumbling along the aisle in the semi darkness, to queue with others, then to return, stumbling still, fumbling for your seat and tripping over your neighbours feet to get into your seat. Hoping it is the correct seat!

We have avoided this inconvenience by choosing a row of 3 seats only, with us on the outer aisle ones and a lone empty one in the middle. We figured what idiot is going to want to sit between 2 strangers for the entire flight? We may be sadly disappointed. I do like a little space to hang my legs over so here’s hoping that one crazy person will not want to share with us!

We have ordered the entertainment package, also for a fee (add to your basket!) as we did not last time and it helps distract me when it’s bumpy! Whilst watching Fantastic Creatures and Where to Find them! Actually ordering another drink helps more! With the pre-ordered JUMBO TOASTED SANDWICH WITH MATCHING BEVERAGE, things look much more comforting! (Add to cart ) also! I do not know what the SECOND SITTING is. I guess the sandwich will be brought out later rather than immediately.Not too much later as I tend to become starving..quickly!

The suitcases lay empty on the bedroom floor at this stage. With no swimwear, there is really not that much to pack!

We are on track to Honolulu.