The World is not enough Doing America. 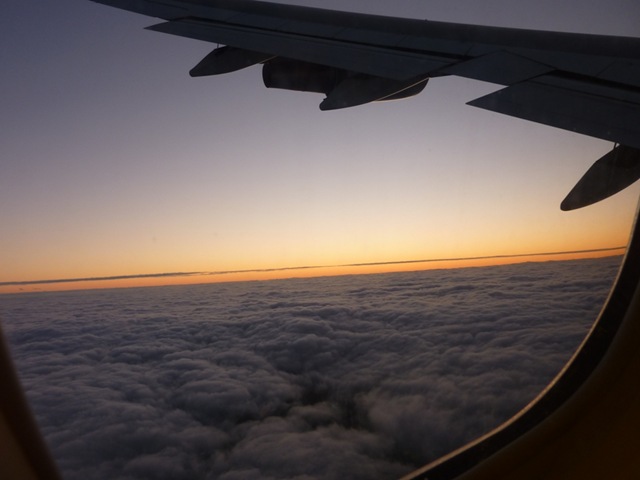 Start spreading the news…….we’re leaving today…..we want to be a part of it .New York New York..

Yes. It was happening. We were going to America. Home of the brave. Land of the free. The United States, the old US of A! We just made up our minds …and created it. From scratch. From start to finish. For the first time.

It had been tough for us the last few months. Life changes. Consequences. Decisions made. Probably not the most conducive time to be considering a trip of such magnitude.

With the Aussie dollar at its worst, finances were tight. However the call was strong, the time was right, the lure of adventures to be had even stronger. Songs I knew from way back began playing in my mind, songs I would be singing in my head everywhere we went, so much music..most poignantly..Frank Sinatra’s New York New York…because this City that never sleeps was to be the high point of all that travel..a special place to celebrate a birthday – mine! The venue was not yet decided.

Greg’s birthday last year is another story for another special time. Our birthdates are one day and one year apart.

We planned everything ourselves except for the flights. The hotel bookings, the trains which would take us through the heartland – everything was put into spreadsheets and meticulously itemised and timed. Visits into the City to purchase the rail tickets finally brought it home. So many train stations! We were really going. Could we pull this off – with flair?

We sat up nights, phoning Hotels, whilst pouring over our itinerary. At least in this instance, there were no issues with language difficulties.

It was September 23. There was less than a month to our birthdays and 9 days before departure.

Greg organised with meticulous precision and attention to detail. It was looking like a planned military assault! Or is it offensive! I was left wondering if I had any skills at all which could be utilised perhaps less efficiently but at the same time possibly enhance our experiences! Wasn’t I the experienced Tour person? I have to give him credit where due however. Poring over those maps late at night, he manoeuvred and detoured around like we were playing some crazy board game, until I was dizzy from watching. The result however was clear and flawless – in the planning and execution to come.

We were going via Auckland ,New Zealand. This would allow time to collect our thoughts and visit Greg’s much loved Auntie, who lives there.

Once in the USA, we would proceed across the centre of the country, mostly by train (Amtrak ) as we decided not to drive. Our journey would take us from Los Angeles, Long Beach California, San Francisco, Iowa, Chicago, Niagara, Boston, Salem Massachusetts to New York.

It was in Iowa that a detour was to be made  so that I would be able to see the covered bridge, Roseman, from the movie The Bridges of Madison County. I wanted to feel like Francesca felt standing there on the bridge waiting for Robert and be in the town of Winterset, scene of the final goodbye.  When I asked Americans on tours “ What’s in Iowa? “ the answer was always “ Corn “ or “Pumpkins”. I have since discovered a great fondness for both!

We found a B&B nearby in the county of Orient approximately a 15 minute drive from Winterset.. It was called Special Moments. It turned out to be unforgettable.

The excitement was building.