Movie review | On The Beach 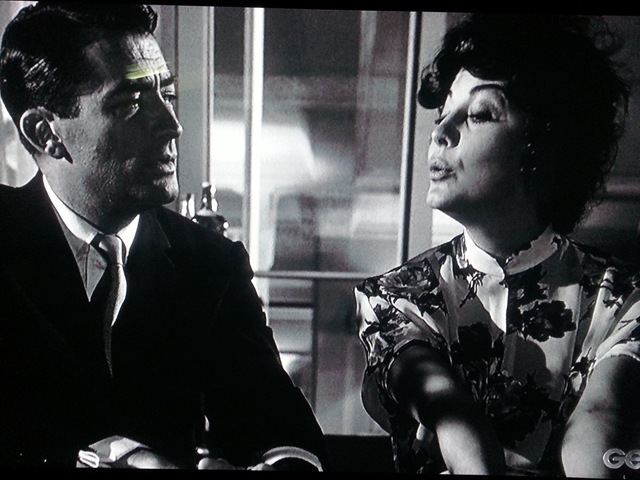 In 1959, the end of the world came to Melbourne, Australia.

I thought it was the scariest movie I had ever watched in stark black and white.

It had no special effects, no blood and gore, no aliens invading in gigantic and threatening spaceships, no pumped up Arnold Schwarzenegger or hunky chiselled perfect male models with stubble and corny lines. The major female star was feisty and ageless.

She was Ava Gardner. He was Gregory Peck. The heartthrob was Tony Perkins, here playing Lieutenant Holmes – remember the original “ Psycho”, another movie favourite which left lasting impressions on me, as Alfred Hitchcock created atmosphere and on- screen horror. Psychological horror in the aftermath of a nuclear war, long before we even knew what that meant.

A navy submarine took pride of place with Gregory Peck, from Idaho, in charge. The rate of radioactive drift was five months away and actor Fred Astaire stated “ We haven’t got a chance .” So they came down the coast of Australia.

Which beach were they filmed on? Was it Frankston, because  the sign was there at the station.

Also viewed was The Great Ocean Road, Station/Princes Pier, Queen Victoria Hospital, a race track purported to be Phillip Island and Melbourne – a deserted paper strewn wasteland, corner of Elizabeth and Bourke Streets. Parliament of Victoria was The Department of the Navy – with Gregory Peck the main player.

There was a lot of smoking and tea was taken in cups and saucers like Mum used and which I am drawn to still. Taking tea is an art and it needs to be promoted as a relaxing activity – along with the art of wine drinking in these more modern times.

The Golden Gate Bridge was an iconic scene as the submarine travelled underneath a deserted San Francisco. Was that a young John Meillon, Aussie actor, portraying an American seaman who deserted to fish off the pier? Gregory Peck was a true gentleman, kind, calm and compassionate. Radiation sickness began to emerge in subtle ways and for a young movie going admirer, this was seriously disturbing. So was the mention of those mysterious “ pills “, to be taken when all was lost. Heavy stuff.

If there are movie moments, then Ava Gardner had her share.

“ You look married “ said whilst wearing a brunch coat, to Gregory Peck. She wasn’t acting! For those of you too young to know what a brunch coat is – well it isn’t a negligee and it is very un-sexy, but she pulled it off!

“Even if you don’t like me, would you please hold onto me for just a moment longer?” said to the tune of Waltzing Matilda! How good is that for an end of the world scenario? Pure movie magic. I think Sheldon from The Big Bang said that.

Basically the line “ If everyone was so smart, why didn’t someone know what was happening?” sums up the final depressing scenes, with a windswept, deserted and desolate Melbourne, empty tram tracks and dramatic music.

I worried for John Meillon and Tony Perkins wife and baby as the “ pills “ came out. Still scary.