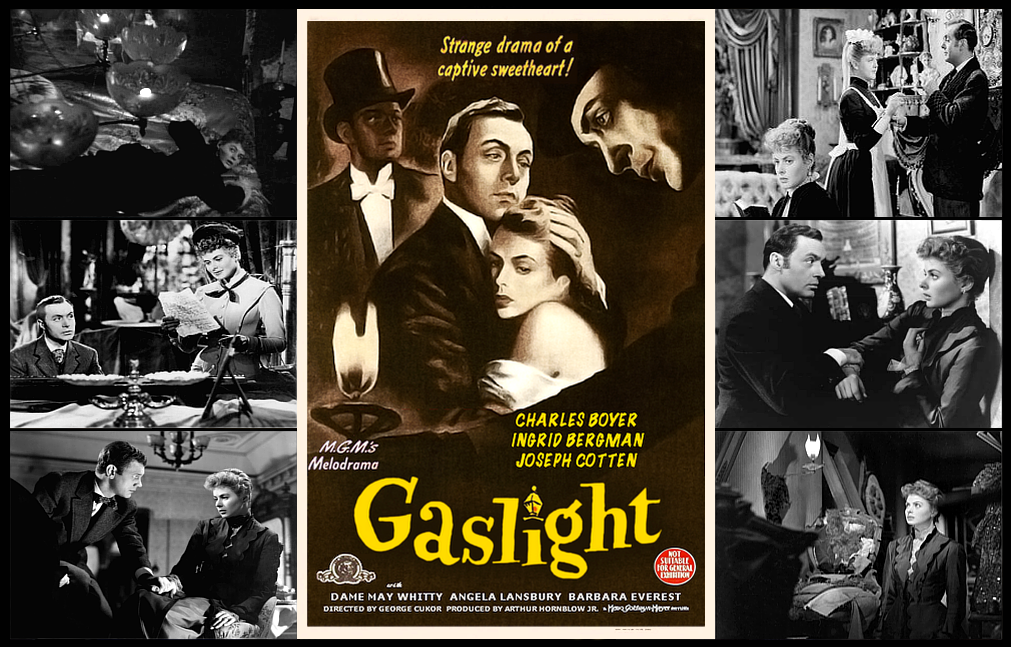 Have you ever been “gaslighted.” What is “gaslighting?”
Gaslighting is psychological manipulation. An insidious form of emotional abuse. It is used to describe abusive behaviour, specifically when an abuser manipulates information in such a way to make a victim doubt his or her sanity. It intentionally makes someone doubt their own memories and/or perception of reality. There are certain “techniques” a gaslighter will use, such as “withholding.” The abuser feigns a lack of understanding, refuses to listen and declines to share any emotion e.g “I’m not listening to that conversation tonight.”
Gaslighting makes the victim question the very instincts that they have counted on their entire lives.

“Gaslighting” comes from the 1938 British play ” Gas Light ” where a husband attempts to drive his wife crazy, using a variety of tricks, causing her to question her perceptions. Ingrid Bergman starred in the 1944 film.

Along with “withholding”, there are other techniques used to manipulate.

TRIVIALIZING – making the victim believe her/his thoughts or needs are not important. e.g “why can’t you just move on?.”

FORGETTING OR DENIAL – the abuser pretends to forget things that really occurred or deny things important to the victim. The victim will then be mocked for their “wrongdoings” or “misperceptions.”

LYING – they deny they ever said something.

They use what is dear to you as ammunition.

They wear you down over time – like a frog in a frying pan. The heat is turned up slowly so the frog doesn’t realise what is happening.

THEY PROJECT. They accuse you of what they are. So often that you start to defend yourself.

THEY ALIGN PEOPLE AGAINST YOU. Masters at finding people they know will stand by them and they use these people against you e.g ‘EVERYONE KNOWS.”

They tell you or others that you are mental. This is a manipulation technique. It makes people turn to the gaslighter for the “correct” information – which isn’t.