The Road to Mount Beauty 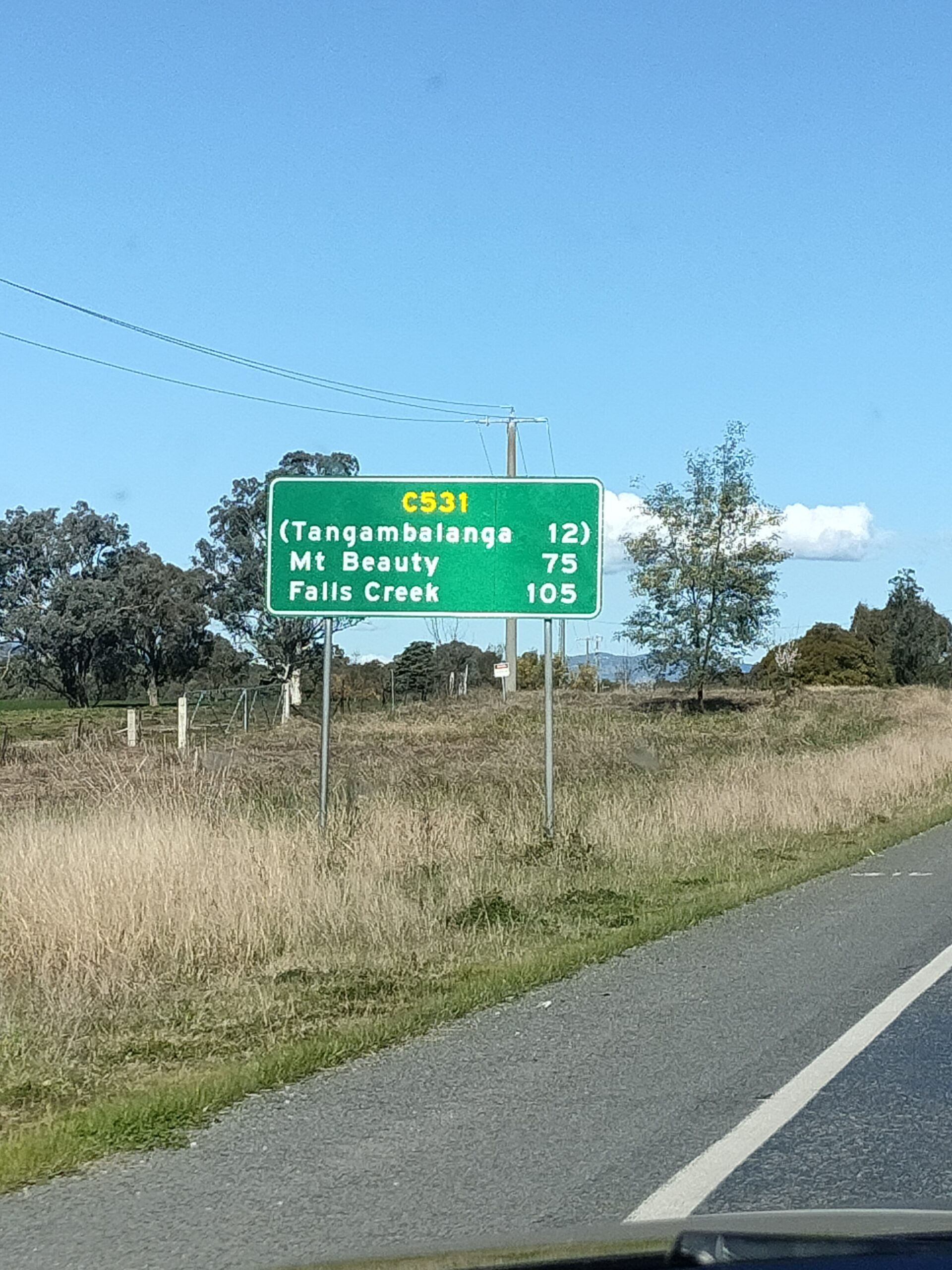 THE ROAD TO MOUNT BEAUTY – or how the plan to avoid the electricity “blackout ” resulted in a trip back in time. ” Let’s go to Mount Beauty!” The day was turning out beautifully sunny. Someone who shall remain unmentionable decided to check his phone message from the electricity provider Dodo. ” It said Wednesday ” the one who shall remain unmentionable quoted.
” Wednesday the what?” I answered suspiciously. ” Uh oh, I didn’t really notice the date, it says Wednesday the 28th..”
Ominous silence. “That’s 2 weeks away.”
So we went to Mount Beauty – and what a day it was, cruising there in the TTRS.

For my entire life my memories of her are always associated with the little township of Mount Beauty in North Eastern Victoria’s high country and the exciting and glorious yearly trips there with my parents and siblings on our regular vacations.Situated in the Kiewa valley, with the towering Mount Bogong the highest peak, at 1986 metres. From the 1930’s it became the base for the State Electricity Commission who were investigating generating power due to the positioning, with abundant water supply.

Aunty Pat worked for the Commission, having been able to purchase her house due to her employment there.

Since moving to Tallangatta in 2021, I had noticed many road signs pointing to Mt.Beauty. I expected it was just a matter of time before we would take that turn-off and I would find myself hurtling back to the heady days of my youth.
Days filled with expectations, excitement, those idyllic seasons, the passage of years spent there, an innocent time when a young girl, right through her teenage years would find a new understanding of life, long before she knew what it was all about. Like the song “What’s it all about, Alfie?”

I recalled the last time we visited Aunty Pat’s house with my Mother and cousins. Sadly we had just lost her. The family gathered. She was what would once be referred to as a “spinster ” lady, single, unmarried, no kids, I am certain she had “gentlemen callers “, admirers. I heard things..The word “eccentric ” stands out.

The house was quiet, contemplative..However, it was filled with reminiscences, much laughter and memories of such happy visits with her, experiences which have remained. I recall my cousins ripping photos off the walls, deciding who would have what. Not being of that persuasion, I probably should have insisted they share!

Apart from a few black and white photos, there is very little I could show of her but I have managed to filch some! What I do have is the ability to share it in words.Added to the fact that we now live about 80 ks/65 miles from the town I practically grew up in. It is now accessible although on this return visit, after decades, I doubt I could ever live here.That chapter is closed.

The Road to Mount Beauty. TAWONGA.
When you reach Tawonga, you are nearly there. Mount Beauty is just down the road ten minutes away. 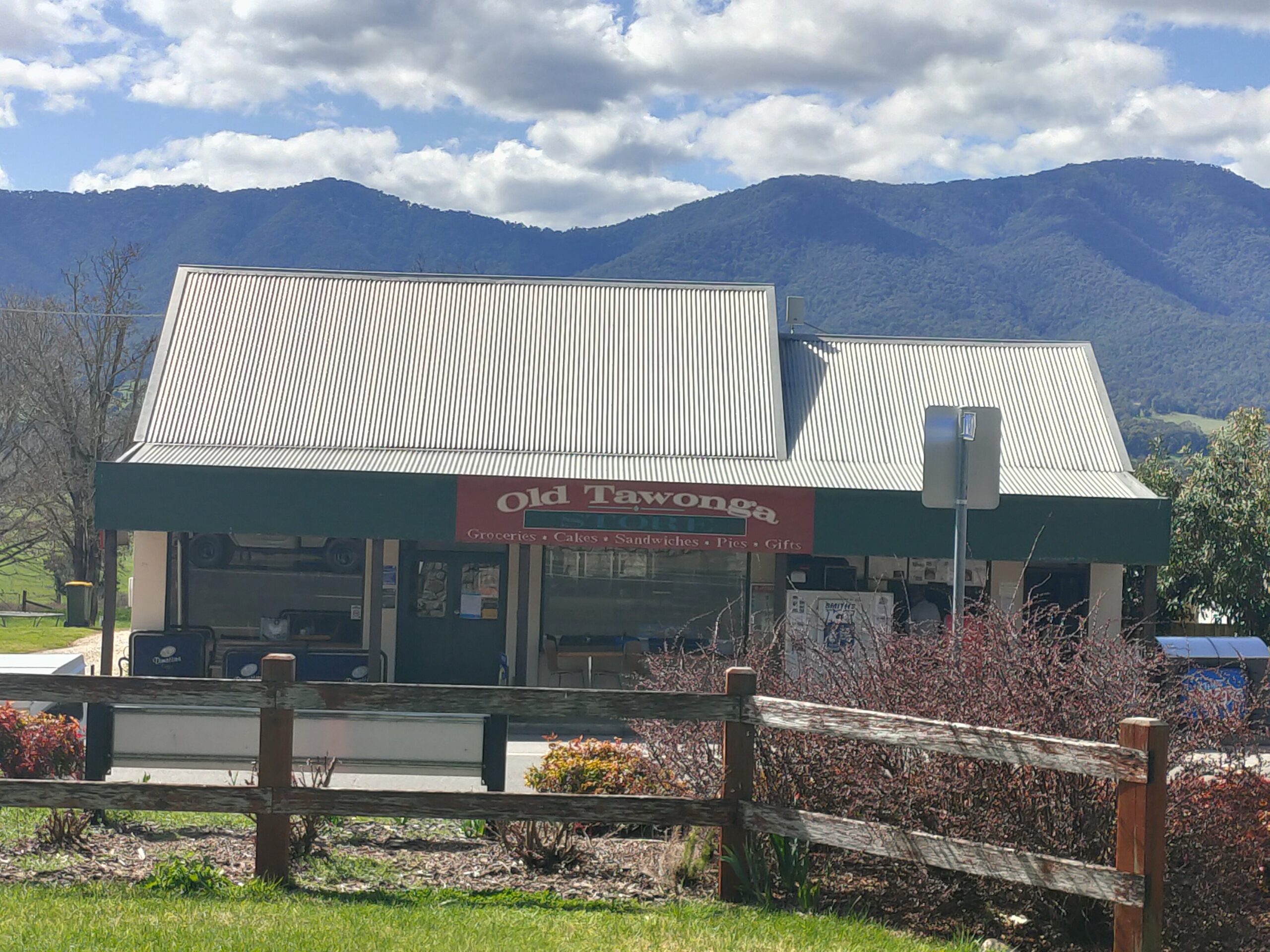 A vivid memory is triggered here.

Boys were beginning to notice me. I got to know some of them through the years.

I don’t know what my parents were thinking when, one day a bright, shining new car pulled up outside Aunty Pat’s house. The younger brother of another local I knew.”
Do you want to come for a ride in my new car?” Who wouldn’t! The model of said car is lost in history but it was new, brightly white and shining so I accepted. We cruised regally through Tawonga. The main street had one store that I remember then as seen in the photo.

It was a main road and looks strangely old now. It hasn’t changed but it seemed bustling to my young self, plenty of people around on that particular day.
I have now stood near that exact spot, watching vehicles of all types speeding along with a whooosh of air, wondering what speed they are actually doing. I’m curious. 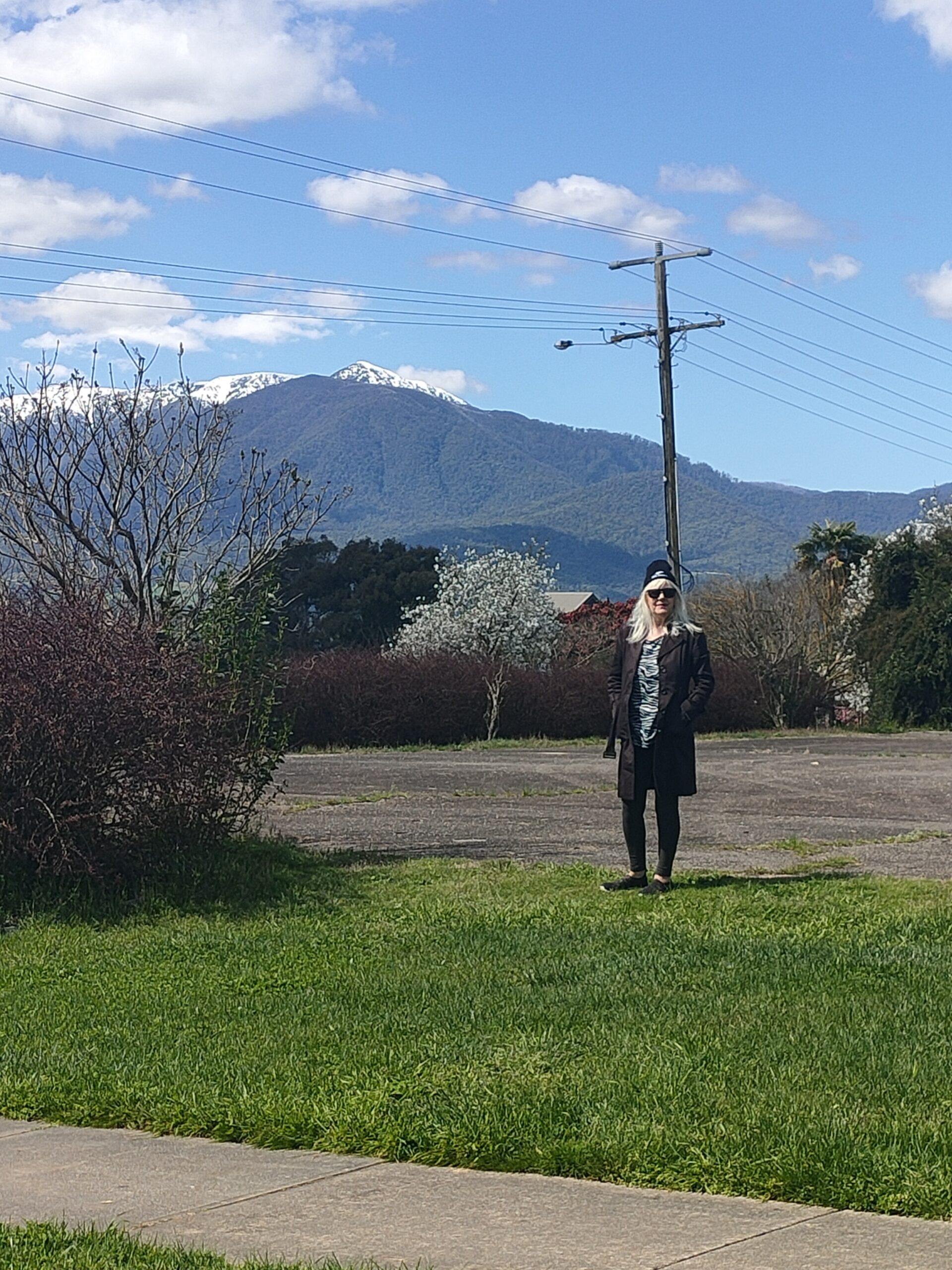 This day in the past, so clear to me still, the young driver “did a u-turn” out past Tawonga
and headed back to the Mt. Beauty township. I was unaware of any speeding or exceeding of limits. Totally unexpectedly, a young girl, similar in age to me, dashed out between parked cars. There was nothing anyone could have done. She was hit. By us. In the shiny white car.
We stopped, she got up and walked off to the opposite side of the road! People appeared from everywhere, probing, asking questions of me.” No I don’t know what speed he was doing.” I don’t even recall how we got back to the house.

Some time later, back in Melbourne, I received a call from his older brother asking for my witness account. During that phone call, I observed my siblings frowning disapproval. One of many and more to come. There was a legal statement required of me as the independent passenger witness. ” could this accident have been avoided?” and was there any way this was the driver’s fault considering how much time he had to react? My answer was no.

No speeding involved and she stepped out without a glance to traffic. I heard she had “issues” previous to this unfortunate event and was taken for a check up.

That boy’s brother came to Melbourne and asked me out.