A Tale of an Auction Chapter 3 – The Board 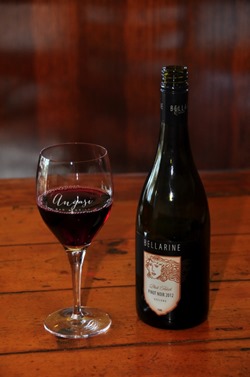 Our apartment complex was situated  in a laneway…..

my Mother’s disapproving voice came back to me still, a constant, frequently repeated, regular and by now, most irritating refrain.

Because of the location, between a major road and a lesser road, it was decided that the advertising board should be placed around the corner, close to the busy highway, with clear visibility and a high profile. On a shop front.

Being good citizens, we preferred to obtain the permission of the owner of said business, so I took a short walk down the lane and entered his little shop. He was a tailor. It was the kind of shop which was reminiscent of books I have read. Dark with dust motes in the air and swags of dull coloured materials piled on top of each other. A little bell tinkled over the door and squinting through the gloom I saw him, sitting at an ancient sewing machine. I don’t recall him ever standing up throughout our brief business proposal. He must have been there forever. Still squinting in the darkness, hoping I was actually facing him and not some store dummy propped in the corner, I asked him if he would mind our sale board being erected on the outside of his shop for the 4 weeks of the campaign. He spoke little but seemed most agreeable, surprisingly so in fact. For his trouble and in appreciation, two bottles of expensive Italian red ( purchased from Lygon Street naturally) were handed over to him the next day – to help the situation along. His smile was immense as he gazed on the wine in the fancy bottle holder that matched. I walked the short distance home, with a feeling of quiet satisfaction, that I had contributed in a small, albeit pricey way, to our destiny. The erection of the board in this spot, would seal the process, with great visual impact. No-one could possibly miss seeing it.

One week passed before the board was delivered, all shiny and bright. Like a huge picture postcard from any exotic location in the world, with pictures of our rooms and outside garden with its French bistro chairs and words to the effect of “ smell the coffee from your own private balcony “. It was professionally drilled and mounted on the wall of the tailor’s little shop.

Perfect. It was done. Now to wait – for the calls to our agent to come flooding in.

They did flood in, almost immediately.

Not from prospective  buyers however.

From the local agents. Who managed the property. The property where our board now hung, in all its glossy glory. The local agents we had rejected –for one NOT FROM THE AREA. in all the excitement of being involved and contributing, we had failed to note the FOR LEASE sign and the fact that the little tailor man WAS NOT THE OWNER of the building. There goes the non-presuming rule. Never presume! We had presumed he was. He was not! He rented the premises from the local agent – the one we had rejected – the one whose office was right next door.

The phrase “NOT FROM THE AREA” was to regularly come back to haunt us – along with the surprised and gleeful smile on the Tailor’s face as he reached for those proffered wine bottles in their exquisite bag.

Our agent Sir Guy of Lancelot, ( NOT FROM THE AREA) rang us often, over the next few days, as he hurriedly, frantically even , arranged removal of the board.  Meanwhile, the phone calls and faxes to his office were becoming more heated, along the lines of –

How could this happen? It was just a board, a board with pretty pictures on it, of our apartment – and our Real Estate Agent’s name emblazoned across its shiny bottom – in BIG PRINT – along with his business and private phone details. It simply just happened to end up on another agent’s building. What was the problem? It was the most excellent location to have a board. All that passing traffic. Was this a case of ‘ sour grapes ‘ as in the wine, hopefully! We had a laugh about it but that phrase was to remain with us as things progressed, along with a new phrase. ‘ spitting the dummy ‘.

Transferring the board to the front of our 1st floor apartment, in a laneway, proved challenging. This time it meant placing it in front of a neighbouring apartment on the ground floor. This time, there was no presumption. We made sure the residents within were the actual owners. The complex was managed by a Body Corporate with 9 committee members and no rules in place regarding boards. Being a paid up member and knowing it could take weeks or months to get a go ahead if it even went  before the Committee, I ignored the whole thing. This was, after all, our property and nobody was going to tell us we couldn’t hang a board – nothing was ever said and that’s where we left it.