A creeping vine or how to upset the neighbours 2 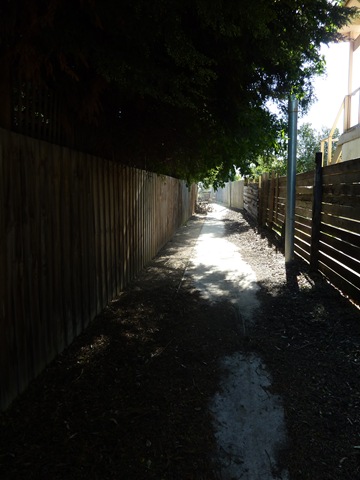 I had almost despaired of ever seeing it again.

If or when we were to return to tour Venezia, it was doubtful that we would find that little man in his leather apron, in a back shop, hidden along the myriad of winding alleys, dead end or dogleg lanes of this special City.

“ Hey! “ Guess what I found?” called Mr. C from the depths of the cavernous space called The Garage. I ran, well I don’t actually run, just walked quickly with increasing excitement, into the museum-like interior which is loosely called The Garage. He handed me a little cardboard box and nestled within was The Door knocker. The move was now complete.

Moving hint no. 36 – if you have a treasured item which you carried halfway across the world, make sure it is securely strapped to your body on moving day, if you have the slightest bit of affection for it. Not that anyone has ever used it, perhaps the lion’s head looks intimidating so they push the doorbell instead.

It was now time to tackle the vine.

The vine grew along the side fence. Our side fence abutted onto a Council owned laneway, which was put there to “ enhance the walkability “ of the area. People walked the laneway irregularly. School kids, dog walkers, dogs, people up to no good, as we were told. The laneway was contentious and not to be trusted. When we arrived, the word SL*T had been spray painted on the opposite side fence – reference to a previous walker perhaps – or neighbour who complains……  A mortally ugly non Parisian Solar Light was erected by the council to promote security.

The vine screened visibility. It was invasive, heavy, with bright yellow flowers and took up room. It was deep, things hid in there, scurrying things, there was a huge birds nest. It had to go.

With the help of a local, much admired  personality, we now call a friend, the vine was attacked. With an axe. It came off the fence , which wobbled precariously, in two separate piles. Half fell onto our back yard, the other half fell into the laneway. Being of a neat and tidy disposition, we arranged the bundles into two neat piles, placing the laneway bundle up against the fence so it wouldn’t hinder the walkers. The fence miraculously remained upright! Light now streamed into the yard, it was great!